According to Verizon’s website: “Verizon is working with the U.S. Consumer Product Safety Commission (CPSC) to recall Ellipsis Jetpack mobile hotspot devices, including models MHS900L, MHS900LS and MHS900LPP…….it has been determined that the lithium-ion battery in the Ellipsis Jetpack devices can overheat, posing a fire and burn hazard.”

Verizon has recalled over 2.5 million hotspots due to battery overheating issues.

The batteries in these devices can overheat causing a burn and/or fire hazard. Verizon has sent two over the air (OTA) updates to these devices to assist in reducing the risks. Details about how to avoid overheating can be found here: https://www.verizon.com/about/news/statement-regarding-us-consumer-product-safety-commission-recall

Verizon is working to replace these devices to users at no cost.

Complete information for customers can be found at ellipsisjetpackrecall.expertinquiry.com or by calling 855-205-2627.

We recently have been ordering new iPhone Xs for customer and many are still back ordered.

While you are waiting for yours, you may want to get a case. The new iPhone has earned the title of “Most Breakable Phone” due to very easy cracks — both from the bezel-less screen, glass back and stainless steel frame. 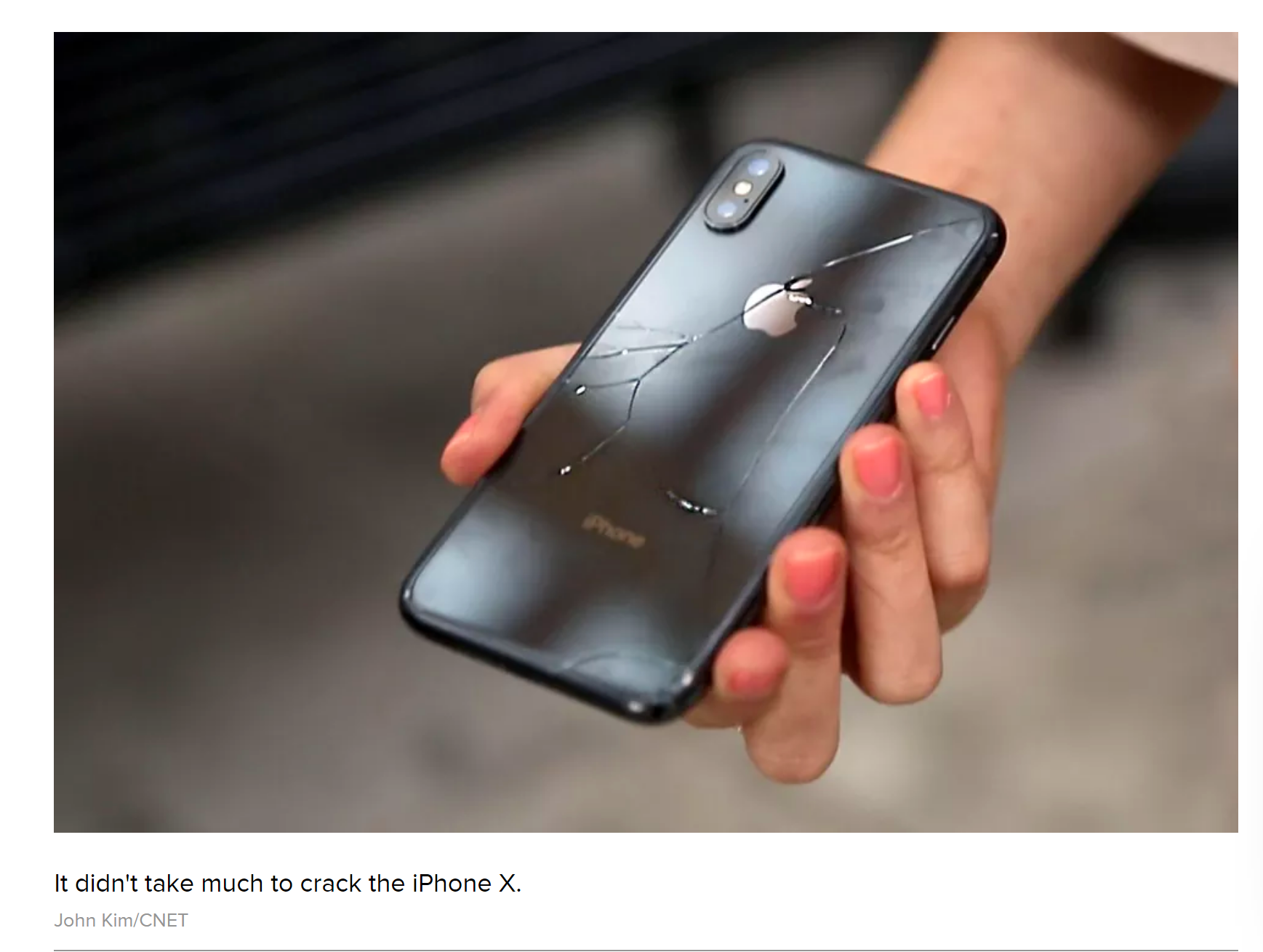 Take a look at CNET ‘s drop and scratch testing.  They state “After just one drop onto a sidewalk, the iPhone X already shows visible damage.”   Their conclusion?  “The iPhone X can probably handle your everyday wear and tear, but dropping it without a case is out of the question. We learned it only takes one bad drop to break the glass on this phone. Even the stainless steel frame is susceptible to damage.”  Check out their article on all testing here.

Squaretrade called the X “The glass front and glass back and the absence of a Home button makes the iPhone X – “the most breakable, highest-priced, most expensive to repair iPhone ever,”

So, while you are eagerly awaiting the arrival of your new iPhone X, be sure to glove it up.  If you have AppleCare, it could cost around $279 and without AppleCare+ or insurance, you may need to repair it  for almost $600 or just buy a new one and wait again.

We are still Protecting Your Wireless Rights………especially for Steve today………..

We know you are all up-to-date on the latest iPhone release and wouldn’t dream of being any more of an equipment expert than you all.  But, we did think this is a great opportunity to provide some insight about maintenance plans to care for your sexy new iPhone.    So here’s some geek to your swagger: 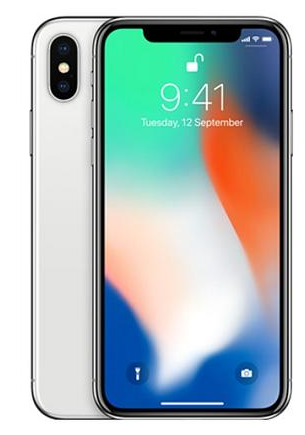 You are spending some big bucks on your new iPhone:  the new 256GB X is going to be $1150 (!) on its release in October.   That ranges from a low of $699.99 for a mere iPhone 8 64GB with a $150 increase for each increase in memory amount.*  So hopefully you are very careful with this investment, but if not, here’s a comparison of AppleCare vs. Insurance:

Based on these options the AppleCare seems like an interesting option. (cheaper deductible, overall cost); however, it is missing lost stolen coverage.   If lost/stolen coverage is important to you, AppleCare may not be the way to go.  If break/fix and warranty issues are your concern, AppleCare appears to be the winner.

So, let us know how we can make sure to keep you in your new iPhone now with both swagger and smarts.    Because we are….

It is official:  Samsung will send a software update to Galaxy Note7 devices to make them inoperable starting December 19th. There are still 130,000 of you out there using your Note 7s so this is an effort to get those potentially dangerous devices off the streets.  You may remember the Galaxy Note7s were recalled in September after a battery exploding/fire issue; the latest theory of root cause is a too-tight phone frame causing the battery positive and negatives to touch resulting in the towering inferno.

This week, Samsung confirmed a software update for the device on December 19, rendering the Note7 inoperable.  The update will prevent the phones from charging and will “eliminate their ability to work as mobile devices.”

Every carrier is working to provide replacement devices for the Notes.  You can get the latest information at this link.  In most cases, you will get a replacement device plus $25 credit; however, if you stay with a Samsung device, Samsung will give you a loyalty credit of $100.   Already returned yours?  You can still get a additional $75 bill credit in addition to $25 you already received.  Really: check out the link above.

Gotta love Jessica Dolcourt of CNET:  after repeatedly encouraging Note7 users to return their device because its a ticking firebomb, here’s what she says to the question “What happens if my Note7 catches fire”  “It won’t, because you’ve returned it.”

When are your drop dead dates?

Verizon isnt participating because they are concerned their users will not have an emergency device during the holiday period.  Hmm…this is a replacement program, which means users should get a replacement device to use in emergencies.  Verizon could also push this out after the first of the year (like other carriers are also doing) but maybe Verizon wants a very warm and bright holiday season.

All other carriers are cooperating:

ATT pushed out this text message: “As of 1/5/2017, Samsung’s software update to prevent the Galaxy Note 7 battery from recharging will be pushed to your Note 7.  The battery will no longer recharge. This Note 7 was recalled and is banned on all flights in both checked and carry-on luggage. Your safety is our priority, please return your Note 7 to the place you purchased for an exchange. For more details go to att.com/note7.”

Sprint stated in a news release:  To drive increased participation in its U.S. Note7 Refund and Exchange Program, Samsung will release a software update beginning on January 8, 2017 that will disable all remaining Sprint Note7 devices from being able to hold a charge,” Sprint said. “This software update will eliminate the ability of these Galaxy Note7 to work as mobile devices. Customer safety is our highest priority. Sprint customers with Samsung Galaxy Note7 should immediately power off the device and discontinue using it. Sprint is honoring the replacement of all Sprint Samsung Note7 devices to any other device, regardless where or when it was purchased, condition and return policy.”

And just for a little hope for the new year:   The Galaxy S8 is due out next Spring and the Note 8 is due next fall.

Just how many mobile devices are connecting to corporate networks? According to Check Point Software Technologies Ltd., quite a few; the use of mobile devices is extensive and continuing to grow. As the Bring Your Own Device (BYOD) debate continues, the number of companies allowing employees to access secure corporate networks using mobile devices such as smartphones and tablets has climbed to 95% according to a 2014 survey of more than 700 IT professionals. And surprisingly from a security standpoint, they are not all company-owned; 74% permit access from both personal and company-owned devices. Only 20% say that devices provided by the company may solely be used.

Of the survey participants, 72% report that their companies have more than twice as many personal devices connecting to corporate networks now than compared to two years ago. The ability to see the growth by numbers is thanks to surveys commissioned by Check Point in 2012, 2013, and 2014. The data collected by Dimensional Research represents a statistical sampling of IT professionals from companies positioned in countries across the globe including the United States, Canada, Germany, the United Kingdom, Australia, New Zealand, and Japan. There were some variances in participating countries over the three-year span; however, the survey groups consistently represented organizations ranging in size from less than 100 to more than 15,000.

From a security standpoint, the Apple iOS is viewed as the safer mobile platform for connectivity in corporate environments.   The Android platform currently triggers the most concern for corporate security. The 2014 survey revealed that 64% of the respondents believe that Androids pose a greater risk. This perception was higher than previous years; increasing from 49% in 2013, and almost doubling from its 30% rating in 2012. During the same time period, confidence in Apple improved; as respondent concern decreased from 25% (2012 & 2013) to 16% in 2014.

And when asked about who is a greater mobile security risk — cybercriminals or careless employees – a whopping 87% of the professionals interviewed cited employee behavior as being the more significant threat. The need for tactical security measures and employee education is apparent.

For more on the BYOD debate and risk, check out our previous blog on this hot topic.

If you would like to learn more about renegotiating your wireless contract, be sure to request our free guide, The Five Questions You Should Ask When Renegotiating Your Wireless Contract. Simply click here to download your copy today!